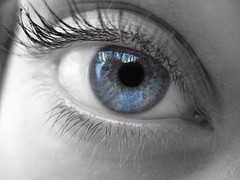 There are a number of different types of sex crimes each of which carries stiff penalties.

One category of criminal offenses prevalent in Salt Lake City is the category of sex crimes.  These types of crimes are often portrayed in the media destroying a person’s reputation, career, and family life.  Most offenses considered a sex crime are very serious criminal offenses.  Most sex crimes are felonies and carry minimum sentences that must be imposed if one is found guilty of such a crime.

Sex crime convictions also carry other negative consequences.  Many convictions require registering on Utah’s Sex Offender Registry for a 10 years and some require registration for the rest of someone’s life.  Registration limits a person’s ability to obtain employment, limits where an individual can live, and has a social stigma from which a person my never recover.  With so many negative consequences occurring because of a sex crime conviction, it is important for anyone facing such a charge to speak with a lawyer.  Many people never consult with a lawyer before pleading guilty and later regret the decision.

Sexual offenses can occur when both parties agree to the conduct such as the crime of Unlawful Sexual Conduct with a 16 or 17 Year Old.  Other times, sex crime charges occur when people commit more serious, non-consenting, and violent offenses such as rape.

Most sexual offenses fall within of the following crimes:

These charges can become worse if a person has prior sexual crime convictions or if the offense involves a child.  Salt Lake prosecutors have no tolerance for these types of crimes.  It can be easy for a person to falsely accuse another of committing a sex crime so it is very important for those accused to diligently seek an attorney to protect their rights.