What is Assault Under Utah Law?

Assault does not Require Physical Injury 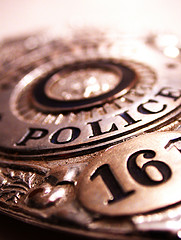 Assault can include physical injury but it doesn’t have to. A threat of imminent physical harm is enough.

Often criminal charges have two very different definitions, one that is the real definition of the crime outlined by the legislature in the criminal code, and the other being the definition in the minds of the general public. Assault is one of these offenses because most people think assault is really just the offense for someone beating up someone else, and while the assault statute does include that behavior it is more broad than that. The actual criminal statute for assault outlines three different ways that a person can commit the crime of assault and they all revolve around unlawful force or violence, to do bodily injury to another. The criminal statute states as follows:

For the most part the statute follows the common law.  What the statutory definition basically boils down to is that you can’t actually cause someone bodily injury nor can you threaten or attempt to cause someone bodily injury. An example of these three acts would be punching someone, saying you were going to punch someone and stepping close to them and clenching your fists, and throwing a punch at someone but missing. No matter what one of these actions was committed an assault charge is normally a class B misdemeanor. However, there are two scenarios in which an assault can be a class A misdemeanor and that is if substantial bodily injury is caused or the victim is pregnant and the defendant has knowledge of the pregnancy.

Good criminal defense attorneys can often get a very favorable plea agreement for assault charges because it is on the low end of the violent crime spectrum, especially if the accused individual has little or no criminal history. If you or a loved one has been charged with an assault then call the lawyers at *** to make sure you are protected and to make sure you get the best outcome available. Our lawyers can take your call today and help you get the answers you need about your case.

What is Assault Under Utah Law? was last modified: November 29th, 2014 by Jerry Salcido