Violent crimes are the most highly prosecuted crimes in the criminal justice system and the more egregious the conduct the more difficult it is to get the prosecutor to offer a good deal. Along with sex crimes, violent crimes include some of the most horrific crimes committed in our society, and it should come as no surprise that these crimes come with some of the severest penalties. The span of violent crimes is quite large and includes everything from simple assaults (which could be a mere touch) to all classes of homicide. One of the reasons that violent crimes are so bad is that there is usually a clear victim that has been injured in the process. In other classes of crimes, such as drug crimes, the victim is society as a whole and as such the criminal justice system and our communities don’t see them as repulsive as a crime that has a clear victim with visible injuries. 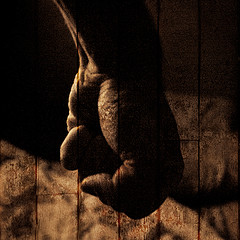 In Salt Lake City hundreds of people get charged with violent crimes every year. We’re here to defend you.

One of the most common violent crimes in our society deals with our most intimate relationships and that is the offense of domestic violence. Domestic violence is basically an assault charge against someone the defendant lives with, and it doesn’t necessarily have to be someone the defendant has an intimate relationship with, it could simply be a roommate.

Violent crimes also have some of the most available defenses including the right to self defense which acts as an absolute defense to a conviction for a violent offense. Determining which defenses may be available to you is our job. We’re happy to discuss your options for presenting an affirmative defense.

Aggravated and attempted charges are not criminal charges in and of themselves but they are often attached to violent crimes to more specifically define the conduct that was committed and they also either make the offense more egregious (aggravated) or less egregious (attempted). An attempt is a pretty simple concept, it means that the accused individual was trying to commit a criminal offense and for whatever reason they didn’t actually complete the crime. An example of this would be that an individual attempted to murder another individual by shooting them, and they pointed the gun and pulled the trigger but missed. An attempt reduces the criminal charge by one step, so if the offense is normally a class A misdemeanor then an attempted version of that offense would be a class B misdemeanor. Aggravated offenses, on the other hand, are normally charged at one step higher than a non-aggravated offense but it depends on the specific crime committed. An aggravated offense usually means that the crime was committed with the aid of a dangerous weapon or by some other means or force likely to produce death or serious bodily injury.

If you or a loved one is facing a violent crime then it is very important that you contact a criminal defense attorney at *** because there is a lot at a stake in violent crime cases. The level of violent crime offenses rises quickly and prosecutors are often pushing the court to sentence at the maximum penalties which means a higher likelihood for more jail time and higher fines. Call *** today to find out more and to get a free consultation.