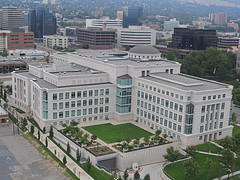 Aggravate sexual assault is a serious crime requiring serious representation from a Salt Lake City Criminal Defense attorney.  Aggravated sexual assault charges can destroy a person’s life even if the charges never result in a conviction.  The penalties resulting from an aggravated sexual conviction continue to become harsher as society’s tolerance for sex crimes diminishes.  This is seen in the way Congress and other legislatures are reacting to sexual assault scandals occurring in the military and on college campuses throughout the United States.  Utah is no exception to bringing the hammer down on sex crimes defendants.

The Elements of an Aggravated Sexual Assault Charge

A judge is required to sentence a person convicted of aggravated sexual abuse to a minimum mandatory time period in prison.  The time period varies depending on the facts of the assault, the age of the defendant, and whether the defendant was previously convicted of a grievous sexual offense.  Under the maximum penalty for a conviction, a person may be sentenced to prison for life without the opportunity of parole.  Additionally, a person is required to register on Utah’ Sex Offender registry for life for a conviction of aggravated sexual assault.

Because the penalties of such a conviction are so serious, it is important for any person facing such charges to immediately contact a Salt Lake City Criminal Defense Lawyer.  A lawyer is available and ready to speak to a person facing such serious charges.  Call 801.618.1333 to find out how you can get protected.