Theft by Deception and Defending Against Such Charges

What is Theft by Deception? 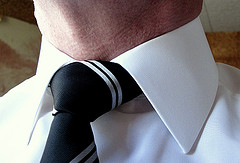 Using deceptive means to permanently deprive another of his property is called theft by deception.

Thefts occur in a myriad of ways.  They can occur when someone secretly steals an item from someone’s house, business, or person.  Other times theft occurs right in front of the property owner such as when a perpetrator pick-pockets someone.  Other times theft occurs when a person comes upon a cell phone that fell out of someone’s pocket in a parking lot and the person takes it intending to keep it.  There are many different kinds of theft prohibited in Utah but one common type of theft crime is the crime of theft by deception.  Simply put, theft by deception occurs when a person uses deceptive means to steal property from another person.  Like all theft convictions, theft by deception is an enhanceable offense so it is important for any person facing a charge of theft by deception to contact a Salt Lake City criminal defense attorney for help.

What Exactly Constitutes Theft by Deception?

According to Utah Code § 76-6-405, “A person commits theft if the person obtains or exercises control over property of another person by deception and with a purpose to deprive the other person of property.”  The deception and the deprivation of property do not need to occur at the same time.  For instance, a person deceptively claims a baseball hat was worn by Babe Ruth in hopes of fetching a high price when selling it.  A buyer agrees to buy the hat based upon the deceptive claim but does not give the perpetrator any money for it until a day later.  The deception and the deprivation of property occur at separate times but as long as both elements exist, the person can be charged with theft by deception.

Theft by deception does not occur when there is only falsity as to matters having no monetary significance, or when puffing statements unlikely to deceive an ordinary person are made.  Utah law defines “puffing” as “an exaggerated commendation of wares or worth in a communication addressed to an individual, group, or public.”  See Utah Code § 76-6-405(1).  So, a person cannot be convicted of theft by deception if he says a baseball hat was shipped from Nebraska when it was really shipped from North Dakota (no monetary significance) and it is worth $20 billion (puffing statement).  That example is an easy scenario to understand, but there are closer cases that require the skill of a defense attorney.

Defending Against Theft by Deception

Theft by deception allegations can be highly factual criminal cases so it is important that a person facing such charges contacts a Salt Lake City criminal defense lawyer for help in fighting the charges.  A jury trial may be necessary to resolve the case and a person should not defend himself or herself without the experience of a defense lawyer.  Call 801.618.1333 to speak with a lawyer for free today.

Theft by Deception and Defending Against Such Charges was last modified: December 8th, 2014 by Jerry Salcido