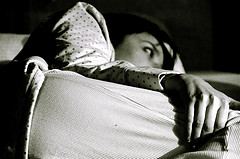 Domestic violence can only be committed against kin and cohabitants.

One of the most well known and common violent crimes is domestic violence, and this is mostly due to the media’s coverage of the well known actors, musicians, and athletes that are charged with domestic violence for hitting their wives or girlfriends. While assault on a significant other is the most common form of domestic violence that is a much more narrow view of the crime then what it is in reality and it expands much further than intimate relationships and assault. Under Utah code domestic violence is defined roughly as any violent crime against a cohabitant. Cohabitant is a very broad category and it includes any individual who:

(a) is or was a spouse of the other party;

(b) is or was living as if a spouse of the other party;

(c) is related by blood or marriage to the other party;

(d) has or had one or more children in common with the other party;

(e) is the biological parent of the other party’s unborn child; or

(f) resides or has resided in the same residence as the other party.

Under this definition domestic violence can be committed on individuals who are roommates, nieces, siblings, or spouses of the charged individual.

The interesting thing about domestic violence is that it is not a crime in and of itself, but it is a moniker added to other violent crimes that attaches special penalties to the offenses such as the accused individual losing their right to carry a firearm. What this means is that someone could have the domestic violence moniker on their record based on conduct that only rises to the level of criminal mischief or disorderly conduct, which are very minor and very broad offenses which included everything from damaging property or yelling in public. The broad nature of this offense and the very negative stigma that comes with it are very good reasons why anyone charged with a domestic violence offense should make sure they get an attorney to help protect them in their case.

One important thing to note about domestic violence is that the charges are being brought by the state and not the alleged victim. What this means is that if someone is being accused of hitting his girlfriend then it isn’t the girlfriend bringing the charges but the state, so just because the girlfriend doesn’t want her boyfriend getting in trouble that doesn’t mean the case is going to go away, the prosecution can actually force the girlfriend to testify at trial against her boyfriend even if she doesn’t want to, upon threat of incarceration for not adhering to a subpoena. However, this doesn’t apply to married individuals because there is a spousal immunity that protects spouses from testifying against one another. So if the alleged victim is the spouse of the defendant then the case can often be dismissed if the alleged spouse simply raises their spousal immunity and lets the prosecutor know that they will not be testifying.