Theft and Its Consequences in a Utah Court 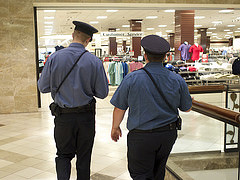 Shoplifting, theft by deception, and embezzlement are all types of theft charges one may face in Salt Lake City.

Theft in Utah occurs whenever a person “obtains or exercises unauthorized control over the property of another with a purpose to deprive him thereof.”  Utah Code § 76-6-404.  These are the basic elements every prosecutor needs to prove beyond a reasonable doubt in order to convict a person of this crime.  Although this is the general law regarding, there are laws in Utah prohibiting specific types of stealing.  These specific types include the following:

There is even a law that prohibits a person from releasing a fur-bearing animal raised for commercial purposes without permission of the owner.  This would mean an animal activist could be charged if he tried releasing mink from a mink farm.  This type of stealing is a third degree felony and punishable by up to 5 years in prison.  Utah laws do not take lightly this crime.

The level of criminal offense for stealing in Utah varies from a class B misdemeanor, such as in the case of a first time shoplifting offense, to a second degree felony.  In determining what level of offense to charge someone, a prosecutor is governed by factors given by Utah law.  The most serious offense, a second degree felony, is that level because the property stolen was valued at or more than $5,000, the property was a firearm or motor vehicle, the property is stolen from the person or another, or the theft was committed by someone using a dangerous weapon.

The level of offense is primarily based upon the value of the property taken but other factors exist.  We can explain all the factors used to determine whether a theft is a felony or a misdemeanor.  Theft in Utah can also be enhanced to a higher level of offense if a person was convicted previously of theft in a 10 year period or 5 year period depending on the circumstances of the case.

In addition to jail time, classes, and fines resulting from a conviction, theft can also result in a person being civilly liable for three times the amount of actual damages sustained by the plaintiff.  With so many negative consequences of a conviction, it is important for any person facing such charges to call a Salt Lake City criminal defense lawyer at 801.618.1333 right away.  A lawyer will help the accused fight their charges and understand their criminal rights.