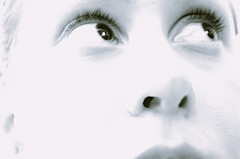 Juvenile sex crimes include sexual assault, rape, lewdness, and nearly any other such crime that can be committed by an adult.

Many Salt Lake City criminal defense lawyers are seeing an increase in juveniles sex crimes.  It is difficult to explain why this increase is occurring.  It could partly be due to the increasing role sexuality plays in the media; or, it could be an increase in the reporting of sex crimes by parents of juveniles who would have previously handled it outside the courts.  Whatever the reasons, sex crimes committed by juveniles are occurring regularly throughout Utah.

Often the police are contacted to report such criminal activities because parents discover their child are engaging in sexual activities with another child and they feel like their child is being victimized.  Prosecutors in Salt Lake City are known to charge just one child with a serious sex crime even though both children may have consented to the sexual activity.  With little legal knowledge about the juvenile criminal justice system, many parents feel lost and hopeless in helping their children exonerate themselves.  Parents may find relief, however, if they contact a Salt Lake City criminal defense lawyer and learn about the options to help their children.

A problem many minors face if confronted with charges for juvenile sex crimes is the ability to live a normal life pending the outcome of the charges.  Unlike an adult who can bail out of jail if arrested on a sex crime, juveniles can only be released from a detention center if they show to the court they are not a danger to themselves, the community, and they will show up for future hearings.  Additionally, the juvenile court will impose a safety plan on the juveniles if they are released from a detention facility.  Safety plans are put in place by a probation officer and approved by the court.  Many safety plans include home confinement, restrictions on who the juvenile can be around, and requirements that a parent/guardian always be within the sight and sound of the juvenile.  If a juvenile and his or parents fail to obey a safety plan or are unable to implement it, the juvenile will need to remain in a detention center.  The juvenile court will treat sex crime charges very seriously and those facing such charges should expect a difficult journey until a resolution of the case is achieved.

Parents who are at a lost with how to help a child facing a sex crime charge should contact a Salt Lake City criminal defense attorney at 801.618.1333.  A defense attorney can help parents understand what consequences their child is facing and an attorney will be the advocate before the court for their child.  Call today.