Home » What are Considered Juvenile Crimes Under Utah Law?

What are Considered Juvenile Crimes Under Utah Law?

Understanding Juvenile Crimes and How to Deal with Them 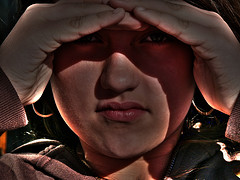 Juvenile crimes include any offense that could be committed by an adult, but with different consequences.

It may seem contrary to basic legal principles of fairness and equality, but in Utah criminal defendants are treated differently depending on various factors.  One big way the law views criminal defendants is based upon age.  For those 18 years old and older, traditional constitutional rights exist for those accused of committing a criminal offense.  Adults are also subject to the criminal laws and consequences of criminal convictions.  For those under 18 years old, however, the constitution and criminal laws do not treat juveniles the same as adults.  Because there can be significant differences between the way criminal laws treats adults and juveniles, it is important for any parent or guardian of a juvenile to seek a Salt Lake City criminal defense lawyer.  A defense lawyer is a valuable tool to help a juvenile and his or her family navigate the complicated and intimidating Utah juvenile justice system.

Rights of Juveniles in Criminal Proceedings

Juveniles faced with committing a crime do have all the guarantees of constitutional criminal rights that adults have.  This is so because Utah law makes juvenile crimes quasi-criminal.  In some ways this is a benefit to a minor because he or she does not need to worry about going to the county jail with adults for a conviction a crime.  However, there are downfalls to this quasi-criminal justice system.  For example, the US Supreme Court has found that if states decide to promulgate a separate criminal justice system for minors, then states do not have to give juveniles all constitutional rights.  So, in Utah, juveniles are not entitled to a jury trial, they are not entitled to a public trial, and they are not entitled to post bail to get out of a detention center.  Additionally, the standards for releasing a juvenile from a detention center can be different than the standards of release for an adult from jail.

We Help Juveniles Through the Process

The juvenile justice system can be confusing for juveniles and their parent/guardians because of the differences from the adult criminal justice system.  Juveniles will usually be given a probation officer even before he or she appears in court.  Also, criminal charges are brought by the county attorney filing what is called a petition wherein allegations of criminal conduct is asserted.  The juvenile must affirm or deny the allegations of the petition instead of pleading guilty or not guilty as an adult would.

With so many differences between the adult and juvenile courts, even a person familiar with the adult criminal justice system may have difficulty understanding the process.  Fortunately, there are Salt Lake City criminal defense attorneys who can help juveniles and their parents from the beginning to the end of the case.  By calling 801.618.1333 a juvenile or a parent/guardian can speak to a juvenile criminal defense attorney to receive the legal help they need.  Contact them today.

What are Considered Juvenile Crimes Under Utah Law? was last modified: November 30th, 2014 by Jerry Salcido