Sexual Abuse of a Child

Criminal Charges for Sexual Abuse of a Child 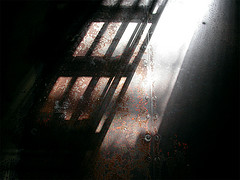 Touching a child on a private area of his or her body is illegal if done with an intent to cause the child harm or to gratify either the child or the perpetrator’s sexual desires. Such touching is illegal regardless of whether clothes are on.

Judges, police, and prosecutors have zero tolerance for people charged and convicted of sexual abuse of a child.  Unfortunately, there are many people each year in the Salt Lake City area who are wrongfully accused of committing this serious offense.  Sometimes a child wrongly accuses a person because he or she is upset at the other person.  Other times someone accuses a former lover to gain an advantage in a divorce or custody proceeding.  Whatever the reason a person is accused of sexual abuse of a child, it is very important that someone facing such a charge contacts a Salt Lake City criminal defense attorney before speaking to anyone else about the charges.  A person should especially never speak to a police officer without a criminal defense attorney.  Any statements made to police officers will come back to hurt an individual facing child sex abuse charges.

Elements for Sexual Abuse of a Child

In order for a person to be convicted of sex abuse of a child, a Utah prosecutor must prove beyond a reasonable doubt that the person touched the anus, buttocks, or genitalia of any child, the breast of a female child, or otherwise takes indecent liberties with a child, or causes a child to take indecent liberties with the perpetrator or another with intent to cause substantial emotional or bodily pain to any person, or with the intent to arouse or gratify sexual desire of any person.  A child is defined in the law as a person under the age of 14 years of age.  This crime is a second degree felony.

Sex abuse of child can also become aggravated making it a first degree felony which usually requires a mandatory minimum sentence of 15 years in prison.  Sex abuse of a child becomes aggravated when sex abuse has been found and an aggravating factor existed at the time the abuse occurred or when the person is convicted of the crime.  Some of the aggravating factors include when the accused caused bodily injury or severe psychological injury to the victim, the accused was a stranger to the victim or made friends with the victim for the purpose of committing the offense, or the accused, prior to sentencing for this offense, was previously convicted of any sexual offense.

Sex abuse of a child is a serious criminal offense but those facing such charges need not face them alone.  A Salt Lake City criminal defense lawyer can be reached at 801.618.1333.  Our child sex abuse lawyers are available to speak to a person facing such charges.  Contact us today and find out what your options are to fight your charges.

Sexual Abuse of a Child was last modified: December 3rd, 2014 by Jerry Salcido