Driving Under the Influence (DUI) and Its Elements

Drunk Driving is one of the more well known criminal offenses in the criminal code but the public’s actual knowledge of the crime is very unclear, and for good reason. A DUI or driving under the influence charge, involves a myriad of possible outcomes and possible penalties and on top of that everyone knows someone that was charged with a DUI and there experience was such and such. The first problem with this is you should never take legal advice from anyone who is not an attorney and second every case is different and involves different factors and therefore differing cases should not be compared to each other.

The elements that the prosecutor must prove to convict someone of Driving Under the Influence are as follows: 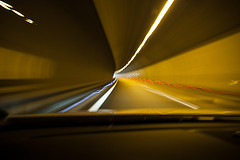 Driving under the influence of drugs or alcohol (DUI), can result in jail time, lost driving privileges, stiff fines, and other negative consequences.

As with just about all criminal statutes, the language above can be a bit convoluted and confusing but the gist is this, if you’re sitting in the driver’s seat of a car with the keys in the ignition and you have a BAC at or above .08 then you are guilty of a DUI. It is important to note however that even if your BAC is less than .08 you could still be charged and even found guilty of a DUI based on the court determining that you were so intoxicated that you couldn’t safely drive.

One of the unique things about DUIs in Utah is that the legislature has outlined a whole myriad of additional rules that dictate everything from enhancement and sentencing requirements to possible amended charges for plea agreement purposes. Some of these ancillary rules are explained below:

There are three four main areas of concern when it comes to DUI Sentencing that is often controlled by statute, and they are (1) Jail, (2) Driver’s License Suspension, (3) Ignition Interlock, (4) Alcohol Restricted Driver. This part of a DUI gets quite complicated and the possible outcomes in any case depend heavily on the specifics factors of that case so if you’re concerned about what penalties you could be facing if you are convicted then call a lawyer at Criminal Defense Attorney Salt Lake City today. It may also be worthwhile to check yourself in to some kind of program such as Alcoholics Anonymous if you have been charged with one or more DUIs.

As with most criminal cases one of the best outcomes a criminal defense attorney can get a client is to have the charged amended to a lesser offense that doesn’t carry as heavy penalties as the original charge. In the case of DUI the legislator has set up a lesser offense of Impaired Driving which does not include the same mandatory penalties that a DUI does but it does however count as a DUI for enhancement purposes.

As you can see from the above trying to navigate the waters of a Driving Under the Influence charge can be very complicated and that is why it is so important to hire an attorney for these types of cases. The penalties for a DUI are very burdensome, even if you are only charged with a class B misdemeanor, and with all that on the line you don’t want to be trying to figure out the law while you deal with all the other stresses of being charged with a criminal offense. The lawyers at Criminal Defense Attorney Salt Lake City can help you understand your situation and explain the possible outcomes for you as well as fight to protect you from over reaching government activity. Call or email us today to get the answers you need for your case.